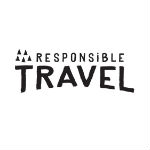 We really appreciated the whole tour, particularly the Venice food tour with tasting of local fish tapas and wine. Being in a small group gave us the chance to visit the main sites without any rush and to get a very personal approach. Accommodation were comfortable and conveniently located. The staff of FindYourItaly was very friendly and available for any additional request.

Overall, it was a good trip. The tours were all fantastic, particularly the Venice food tour with Barbara, and the Trastevere dinner was just magical. Would have liked an extra day in Florence to see more, but Mirka did a magnificent job of showing the secret spots and the outsides of all the main buildings. The trip to the countryside was one of my favorite days by far. The only criticism I can give is the hotel rooms. With the exception of Bologna, the other hotels were mediocre at best. They were all chosen for their proximity to the train station, which I get, but I'd still rather walk a little farther for a better hotel. Fortunately the majority of time is spent outside on tours, so it wasn't too big of a problem. The food tours alone made it with the while.

The bike & wine tour was all that I expected & more; more contact with the local population, more lovely local food , lovely rooms to stay in, & more hills. What was I thinking by not hiring an ebike? The visit to the river on day one was a lovely surprise & was enjoyed immensely especially after 3 days in Rome.

I have been in Sicily twice by myself, last year I decided to have a guided tour with some special activities. The most memorable and exciting part of my holidays was the visit to the fish market with a chef, then cooking the fish in his restaurant in Siracusa. This tour was perfect to get fit (yoga and hiking) and learn something about local history (small ancient and interesting towns). We could appreciate small family businesses and get in deep contact with genuine Sicilian people. Our holiday is definitely one of the best ones I have ever had, we came back home with wonderful memories!

The tour was absolutely as expected and even more. Every detail was carefully organized and we had the possibility to meet local people, talk with them and share many interesting experiences. I think this was the best part of the trip and exactly what we were looking for when choosing this vacation.

Let me assure you - I had an absolutely fabulous time in Naples! Without exception everything went according to our plan – even the weather seemed to cooperate. All your team were without exception charming and delightful – I felt they each and every one really made a huge effort to ensure that I learned a great deal and meanwhile enjoyed myself to the full! A truly superb vacation – and I have had quite a few good ones that compete - I will definitely contact you again when I next come to Italy. Let me make some specific comments. I really felt I got to know the team so well in such a short time – and they were all excellent! Please congratulate them on their achievement. Clara (the guide in Naples) was the lynchpin of the tour – and she was unfailingly well-organised, resourceful and a delight to spend time with. She seemed personally as well as professionally engaged with every aspect – and I felt she really was a ‘buddy’ ie a good friend I could talk about anything with! And we shared a great deal. A special person! Chiara was both a well-informed expert and responsive to my particular interests and enthusiasms. She is a great teacher and able to explain and discuss all aspects of Neopolitan art and culture. Just the right person for the job! Maria was very efficient and thorough in organising our pick-ups and out-of-city car trips – she paid attention to every detail and ensured all went smoothly and to schedule. Also a delightful person and a pleasure to spend time with. Giovanni drove his scooter safely through the awful traffic like it was easy – and I must especially mention how he went out of his way to assist me in every aspect. He was amazingly kind – above and beyond anything I could have expected - and our day together – yes we spent no less than 5 hours out and about! - was one of the highlights of the tour. Thus in every way – professionally and personally - the trip was a total success – and I thank you and all your team for making it possibly. I am now back at home with the most wonderful experiences and memories to treasure – as well as being well-prepared for my next educational ambitions. I will be recommending your services to my friends and colleagues here in Saudi at every opportunity.